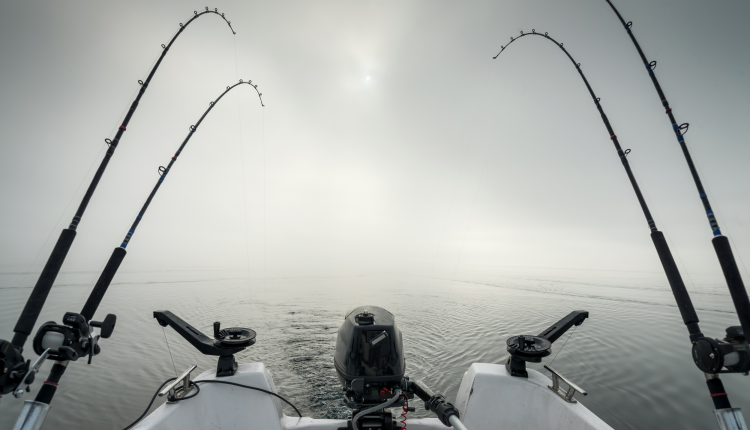 Freshwater fish are fish that spend all or some of their lives in freshwater, like lakes, stream, and rivers, with a salinity of less than .05 percent. These fishes make up about 42 percent of all known fish species in the world. Freshwater fish have been a part of the human diet for thousands of years. Freshwater species include trout, crappie, largemouth bass, northern pike, catfish, walleye and Kokanee. One thing these fish all have in common is the effective technique fishermen fish them, and that is the trolling method. 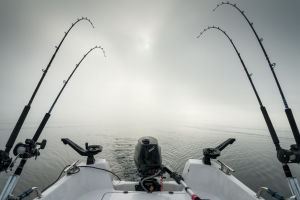 Trolling is a fishing technique in which baits or lures are dragged behind a boat at different depths and speeds according to the habitat, nature, and size of the fish being hunt. Trolling is practiced both in saltwater and freshwater with all types of craft; Motorboats that carry different equipment and big-game tackle are often used at sea, and can as well be used on inland waters, where it is legal. This fishing method allows fishermen to cover a wide area, which makes it the most preferred method among sport fishermen in search of highly mobile species like muskellunge and walleye in big freshwater lakes and rivers.

Trolling technique is very useful in freshwater. It is synonymous with sport fishing but can be effective for hunting different fish of all sizes and in all depths of the water. Technological developments in navigation aids, boating equipment, water temperatures gauges, deep sounders, including tackle used by fishermen have increased the number of freshwater trolling anglers who enjoy trolling these amazing creatures.

Freshwater Troll Fishing can be done with live or dead baits and lures. The combination of bait and lure has been developed over the years in which a skirt of a feather can be decorated with the head of the bait. This can serve two purposes, attract the attention of the fish and also extends the life of the bait. While the bait is pulled through the water, the skirt breaks the water ahead of the baitfish and reduces the amount of friction on the bait, which provides a streamlined and faster-trolling action. This action thrills the fish and encourages a bite at the moving bait.

Crankbaits and floating plugs are the easiest way to start freshwater trolling and are also the perfect baits to pull. Although on a steady troll, most lipped plugs have a good swimming action. But floating baits are the best choice, as they will float to the surface instead of sinking to the bottom and getting snagged if the boat is taken out of gear for any reason. If you are a novice to this method, choose the depth of water you think is holding in, place a few baits out behind the boat and then try to hit several water structures and cover types as possible.

Most of the time in freshwater, fish that were concentrated near the surface have gone deeper and spread widely. And the only method that can present different kinds of lures at such a variety of depths is trolling method. However, there is more to trolling than just dragging bait after a boat, different kinds of trolling methods targeted specific kinds of fish can radically improve your catch. The following are different ways to troll freshwater.

Freshwater Troll Fishing is the best method for landing numbers of walleye in the boat. The trolling method allows you to effectively cover a large area of freshwater in a day and easily detect productive spots. Although this fishing method is so simple at its basic level, it requires coordination, skill, and practice to constantly land fish under the constant changing conditions that fishermen face. So if you enjoy freshwater troll fishing, the following tips can help you troll more effectively and improve your catch.