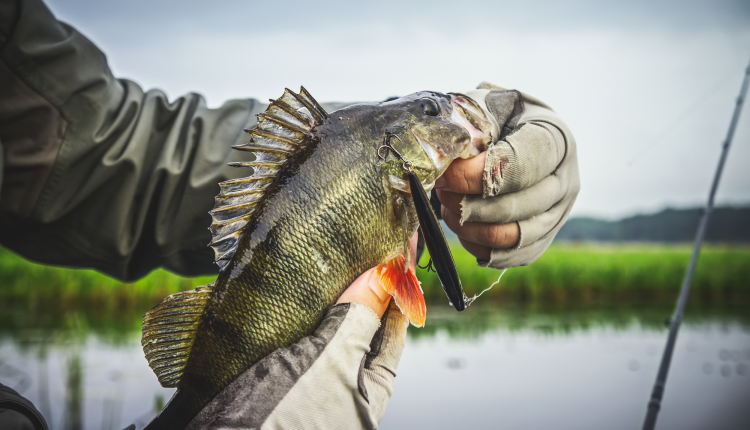 The freshwater perch has close to 165 species in total, while it is the most abundant fish in the North America. It is also the most popular game fish and the prominent among the entire perch family tree is the lake perch, which is also known as the yellow perch and found mostly in the lakes. The streams and rivers also have them in the Canadian provinces. Most anglers are hooked to their firm and tasty meat that it is a very sought after main course of Friday night as fish fries. The best thing here is, they feed throughout the year and hence they can always be caught conveniently year-round, which adds to their extreme popularity among the fishing enthusiasts. 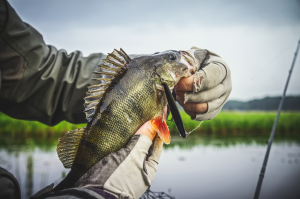 Lake perch grow to be anywhere between 5-12 inches in length and they weigh close to 4 pounds. They love to feed on a variety of things so a little bit of loose food is good enough to attract them, before any casting is done. That way they give the angler a lot of action and reward with a perfectly good stringer for the supper. There are few basic tricks and tips to catch perch, or any other fish for that matter. The two most basic things here are where to find perch and what sort of bait and lure are to be used to fish them.

Where to look for perch?

One can find perch in any sort of natural and fresh water bodies such as dams, weeds, islands, rocks, bridges and reeds. Or any other place where fresh water is available and plants are growing nearby. The plants attract the bait fish and these bait fishes attract the game fish. Hence these kinds of areas are the best places to find a perch.

Perch usually school by size, so small perch hangs out together in the shallow water while the big perch prefers to swim together in deep water. So if someone catches one perch that means there are more in the same area.

Once the site is located where the fishing is to be done, the next important thing is to know what to use as bait and lure. This is not at all a difficult task as perch are not very choosy eaters, especially in times of feeding frenzy. Just in case one loves to use the live bait then they got plenty of choices. There are small minnows, maggots, night crawlers, grubs and wax worms to choose from. Perch also tend to bite the shreds of crayfish meat and the eyes of perch, if available. Whilst using minnows hooking them through their tail is rather good; than through their mouth. This way they provide a better action, increasing the possibility to attract the bigger perch.

Lures must be lightweight and small since the perch have small mouths. Putting on a bright lure that also has flashy colors to it is just perfect because perch gets attracted to them immediately.

Other than these basic two things, keep your lines tight and don’t be too loud, as with most lake fishing those are simple but effective ways to increase the number of fish you catch.