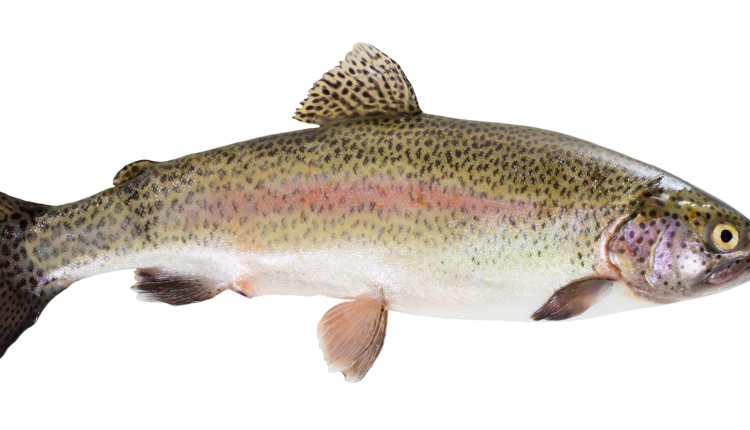 When fishing for rainbow trout it is advised to use an ultra light rod and reel, with the reel being spooled with monofilament line no stronger than 6 pound test. Frequently rainbow trout can be picky eaters, and a lure or bait that worked one day may not work the next, this is why it is important to attempt a variety of approaches on any given fishing trip.

One of the most effect baits for rainbow trout is worms, which puts the ideal hook size at or around #8. When using live worms for bait, while fishing for any type of trout, it is crucial to hook the worm in the most natural manner possible.

Many anglers consider rainbow trout to be the trout that puts up the strongest fight, amongst all trout fishing, frequently leaping from the water and putting up a powerful fight when hooked.

Rainbow trout have a very keen sense of sight and smell, leading to the skill level required when targeting them. This keen sense of smell requires that you pay additional attention to the smell of your hands, a smell you are likely transferring to your bait, possibly making the bait less desirable to the fish. The keen sense of vision puts an additional emphasis on the fishing line being used, rainbow trout requiring the lightest pound test line possible, many fisherman choosing to use 2 to 4 pound test.

When using live bait it is advised that you also use a set of gang hooks. gangs hooks are a pair (or three) small hooks tied in tandem. Gang hooks have been the most efficient rig for presenting live bait not only to rainbow trout but for several trout species.

Rainbow trout that are over 12 inches in length, almost exclusively, eat smaller fish. If you are targeting larger rainbow trout it is advised that you utilize a swim bait that mimics the actions of a small fish or tadpole, these can prove to be incredibly effective.

The steelhead is a sea-run rainbow trout (meaning that the rainbow trout that has spent time in the ocean) usually returning to freshwater to spawn. Steelhead trout and rainbow trout are the same species, but are not necessarily fished in the same manner.