Lake trout like brook trout are freshwater char and not necessarily a trout species. Lake trout live primarily in northern North America.Lake trout are quite rare and rarely specifically targeted when fishing for trout, although they are a nice rare surprise for those fishermen lucky enough to catch one.

Lake trout are known to prefer cold, moving, and oxygen rich waters.  During the spring and early winter months it is not uncommon to find an occasional brown trout near cold water entry points, or within cold rivers. If you are targeting brown trout it is advised that you thick to the coldest areas of the body of water you are fishing, brown trout are incredibly sensitive to temperature and will seek out the coldest safest place to be. 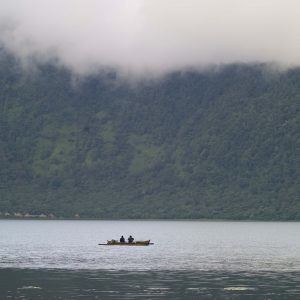 During the months of summer the lake trout is much more difficult to catch, and it is suggested that you do not target them during these months. Due to the lake trouts strong preference for cold water the fish are likely to become pelagic during the summer months, a time in which they will eat the absolute minimum and stay in the deepest coolest waters possible.

When ever you are targeting lake trout for sports fishing it is advised that you fish on the bottom of the lake, river or stream, with a slow moving worm or other swim bait. Lake trout, in colder waters, are likely to strike larger baits and be in a near consistent grazing period.

Lake trout are slow growing fish, whose populations are extremely susceptible to overfishing, that is why there is such a strong focus on catch and release for any unnecessary lake trout taken.

Fishing for Trout with Crankbaits